Commercial real estate has been becoming increasingly more popular over the past few years. The primary reason behind this is that it can offer a significant amount of benefits, such as a considerable amount of long-term income, and much more. This has been the case across the United States, but has been especially true when it comes to Dayton Ohio commercial real estate. However, starting off in the industry can be complicated for many people who are starting in the field.

This has led to many people looking for advice from various real estate companies that specialize in the niche. There are quite a few different tips and tricks that the majority of these businesses have recommended over the years. While some may be somewhat obvious to potential real estate investors, although they still need a significant amount of consideration before you start off in the area.

Tips For Getting Started In Commercial Real Estate

Many people might believe that real estate is the same regardless of whether it’s residential or commercial. This isn’t the case, however, as there are a variety of key differences between the two. One of the most notable of these is how the two are priced, with commercial real estate being based on the price of usable square footage rather than the overall size of the building or unit.

On top of this, location can matter much more with commercial investments, which can also play a significant factor on the price. This is because the use of the premises can play quite a prominent role on its price; for example, an office space will bring in much more money than in an urban center than a rural area. This is something that may not have as much of an effect on a residential property’s price. 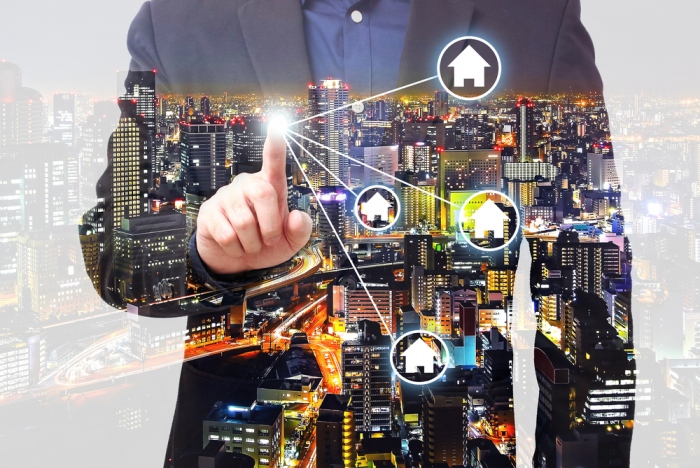 Comparables are something that the majority of investors will need to pay attention to. This refers to the prices of similar properties in the area that were recently sold, which can play a significant role in your decision. As a general rule of thumb, it’s been recommended that the fluctuations in these prices shouldn’t exceed 10% of the asking price of the building you’re looking at buying.

This can help you determine the general market value of the property you’re looking at. It should be noted, though, that you should only look at buildings that are similar in size and use of the one that you’re considering.

There can be a few different ways to determine whether a potential investment will be successful, each of which should be looked at before you invest. The first of these is the net operating income that you can expect from the building. To determine this, you’ll need to get an idea of how much your expenses with running the property will be, which can include the likes of insurance, management fees, property taxes and much more.

These should be deducted from how much money you can expect to receive from renting out the building long-term. The figure that you come to after calculating this will help you figure out if the investment will be worth your time. Furthermore, it will also let you determine when you can begin making a positive return on your investment.

This return on investment is often called cash on cash and has been used by investors for years when looking to finance a purchase. This is primarily because many will look to begin making a profit on their investment as soon as possible; if it takes too long, then this may mean that it might not be worth the time and effort it takes to do so.

A property’s capitalization rate is another area that you’ll need to look at. This refers to the net operating income to property asset value ratio, which can have a considerable effect on your future profits from the premises. In the majority of cases, this is an estimate but can provide a general idea for how much you can expect to make on the property long-term.

Investing in real estate can be rewarding for people on both a personal and financial level. However, these benefits can be broken down into a few different areas, with the financial component often being the more popular reason for doing so. While residential real estate can often have a considerable number of benefits, its commercial counterpart can have a few extra advantages on top of this, which may make it much more appealing.

The income that a property can generate is often the largest attraction of an investment. While many people may believe that commercial and residential real estate may offer the same amount of income, this isn’t the case. This is chiefly because commercial properties can often be leased out to more people or companies at a time than a residential property. While it may need more of an upfront investment, this can reap a significantly higher profit long-term.

According to many analysts, residential properties typically have a return of between 1% and 4%. In contrast, a commercial property can often bring in a return of between the 6% and 12%. While this may not seem like the largest difference possible, it can be something that builds up consistently over a few years. Furthermore, there can be lower costs associated with filling commercial properties, which can increase long-term profits.

A significant amount of income isn’t the only financial benefit that commercial real estate can offer. Because they often include longer leases, it means that you’ll be able to earn a more consistent long-term income when compared to residential real estate. This can offer a considerable amount of long-term financial planning, as well as a certain amount of security for many investors.

Residential real estate can often have leases of a year or less; in contrast to this, its commercial counterpart often has contracts that last multiple years. However, it should be noted that this length of time can vary significantly from tenant to tenant, although they normally start at a minimum of a year.

The both of these benefits can help set up many investors for their retirement. This is primarily because it not only allows them to make their money back, but provides a significant income during their retirement years. Should someone not want to manage these investments after they retire, then they’ll be able to sell them, which can often quite a comfortable financial cushion once the process has been completed.

With the variety of benefits that commercial real estate offers, it can be easy to see why many people are considering entering into the industry. Starting off in the area can be quite complicated, however, which is why working with a Dayton Ohio commercial real estate firm, or a company in your area that’s specialized in the field. The majority of high-quality firms will be able to work with you to ensure that your best interests are taken care of.

The niche can also be quite complicated, which can be somewhat intimidating to someone who is just entering it. A commercial real estate firm will be able to work with you to help simplify this considerably, which can be one of the primary benefits of using one. On top of this, they’ll be able to help you make investments that should reap more dividends long-term while also working within your budget and to your needs.