Allow us to introduce you to Tulipshare, an activist investment platform that is seeking to radically alter a system that traditionally leaves the decision making to a few and silences the voices of the many. As such, here are three ways in which Tulipshare is unique when compared to other activist investors:

If you seek out some of the top activist investors on the planet, you will see the space dominated by several hedge fund managers with interest in philanthropy, such as Paul Singer or individuals like Carl Ichan, who have been earmarked as “trailblazing corporate raiders.” And while activist investing is far from a new concept – it’s been a thing for decades – it’s still dominated by people with vastly high net worths.

With that in mind, isn’t it about time that activism provided a voice to the ordinary investor?

Tulipshare is very much of this school of thought, which is why you don’t need to be rich to benefit from its platform. You can invest as little as £1 if that’s what you can afford because the platform utilises a crowdfunding approach to collectively accumulate significant shares in a particular company. This means that as an investor, it’s your money that counts.

What’s more, Tulipshare’s focus is on impact rather than returns. The belief is that impact investment strategies have the potential to extend the prosperity and health of planet earth, the people who call it home, and therefore, the financial markets that are prevalent within different nations. 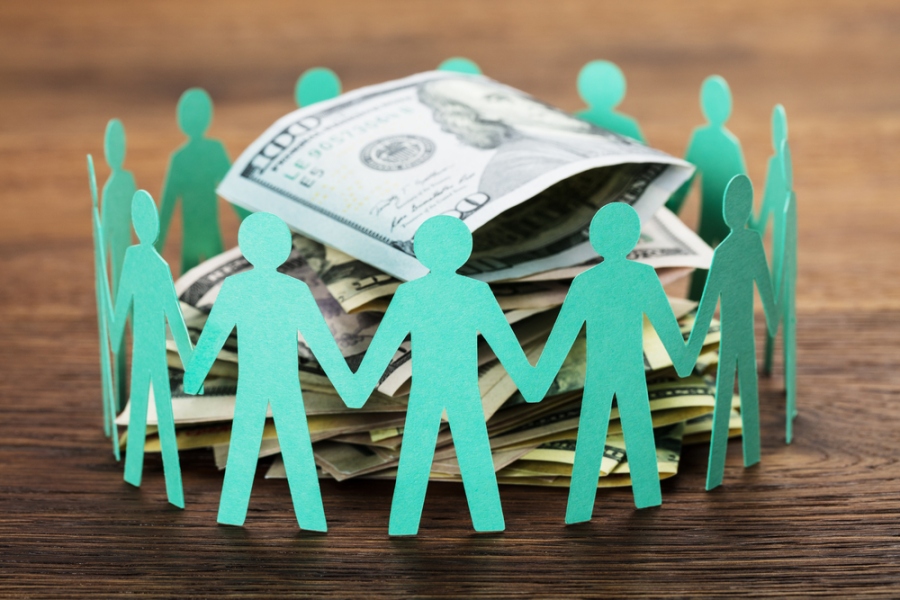 And Tulipshare isn’t alone in this thinking – evidence suggests that most investment professionals are in agreement that ESG programs enhance shareholder value.

This process ensures that everyday people have the power, and it’s not just reserved for the wealthy few. And crucially, money is no longer the only means by which to yield such power.

One insightful discussion that took place at COP26 in Glasgow brought mention of the huge effort required to take on those at the top of the tree in the business world.

And while it’s undoubtedly difficult to affect change at the top, it can certainly be done. Recently, Engine No1 – the impact investment firm – took the financial world by storm when they won three director’s seats at ExxonMobil. Crucially, this made the firm consider their insufficient environmental initiatives and has given the watching world a framework to use and implement changes from.

Tulipshare’s goal is to evolve this framework and take it even further by utilising the platform in order to increase the voice of the people. It invites ordinary people to propose a campaign, and the Tulipshare team then conducts the research to learn if it’s viable.

One day, it may even be brought to a vote at an upcoming shareholder’s meeting. So, while it’s tough to take on the titans of business, particularly if you’re the little guy, Tulipshare’s approach ensures you won’t be doing it alone.

Historically, activist investments in the financial world have focused predominantly on discovering ways to increase shareholder value. Often, this has been through a hostile takeover – seeing a company bought out with permission – or by addressing mismanagement.

For instance, Nelson Peltz, who is one of the world’s leading activist investors, once took a $3.5 billion stake in Proctor and Gamble for the simple reason that he believed the corporation had “lost its soul.”

The result was a proxy fight, which saw Proctor and Gamble pay in excess of $100 million just to fight off Peltz, which led the investor to label it as the “dumbest thing” he had ever been a part of.

In order to submit a shareholder proposal, a heap of research, support, and capital are required, in addition to a healthy dose of fighting spirit. What’s more, you, of course, need to own the required amount of shares in the company to even get started. Yet, Tulipshare believes that this work is essential and that there is significant value in sustainability. In order to promote a more sustainable future, corporate responsibility is crucial if the financial markets are to be influenced in the right way.

While you might agree that money makes the world go around, nobody stipulated who the money needs to belong to. As such, Tulipshare’s unique strategy ensures that your money – regardless of how much or how little – can make a positive difference in the world.