In April 2019, strategists from leading companies such as Google, Coca-Cola, and PricewaterhouseCoopers arrived in Ras al Khaimah for the Day of Disruption, an activity organized within the agenda of the annual Arabian Hotel Investment Conference.

As reported by Hospitality Net, the speakers addressed issues related to doing business in the digital age; in the case of Google, for example, the speaker addressed the need to carefully review data sets for the purpose of learning about what hotel guests and travelers really want. The Day of Disruption also featured workshops whereby leading hoteliers discussed the importance of identifying guests who visit their properties twice a year; digital platforms can enable communications with these guests, but it is important to craft messages that will have real value. 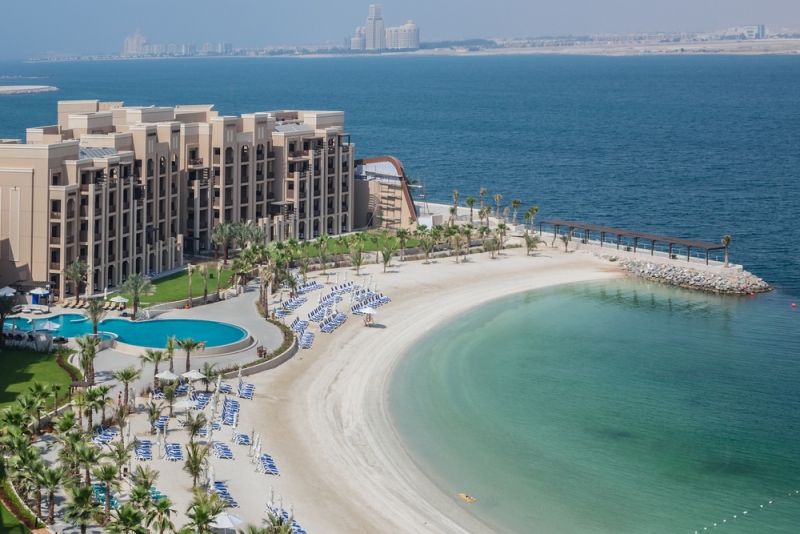 The AHIC event is just one of many that the Al Hamra International Exhibition & Conference Center is prepared to host on a year-round basis. Business and convention tourism is a hospitality segment that His Highness Sheikh Saud bin Saqr Al Qasimi is pleased to welcome because it nicely lines up with his vision for expanding the business capacities of Ras al Khaimah. In essence, the Sheikh wants to make it as easy as possible for companies and entrepreneurs to set up shop in the Emirate, and this is the purpose of the RAK Economic Zone. The goal is to establish RAK as the most corporate-friendly jurisdiction in the United Arab Emirates, but not just in terms of forming business structures; unlike the offshore financial centers of the Caribbean, which mostly provide corporate formation and banking services, the RAK Economic Zone facilitates actual operations.

Transforming RAK into a hub of business and industrial activity is something that His Highness envisioned during the final decade of the 20th century. As a political leader, the Sheikh believes that his staff and the good people of RAK are more than prepared to attract welcome foreign direct investment; to a great extent, this follows the tradition of ancient RAK communities that used to set up oasis camps for Bedouin travelers and maritime traders during the Julfar period of the Middle Ages.

The RAK Economic Zone was established with government authority to support business growth at all levels. A freelance translator or programmer, for example, will get the same level of support from RAKEZ specialists as a mid-size manufacturer of pipe fittings or an established multinational enterprise. Individuals can establish a limited liability company legal structure in the RAK free zone and look for shared working spaces or small offices. In the case of the pipe fitting factory, company directors can also choose the LLC structure in the free zone and lease warehouse space. By order of the Sheikh, the RAK Economic Zone is expected to facilitate business services with the highest efficiency and without excessive bureaucracy.

In addition to the corporate formation services and physical facilities, the RAK Economic Zone also provides business consultancy and strategic advice for companies that intend to target prospective clients in the Arabian Peninsula. The business connections that RAKEZ specialists have made over the years can be very useful for entrepreneurs who are not familiar with the UAE market. Let’s say a restaurateur who specializes in casual dining and fusion cuisine wishes to break into the UAE; the best place to start would be the RAKEZ because this is where hundreds of international companies manage thousands of employees, and each one of them is a prospective patron. Success in RAK could open the door for expansion to Dubai, and this would also be facilitated by RAKEZ specialists.

The mission of the RAKEZ is financed by the RAK Investment Authority, which in turn is funded by the government. Although the RAK Investment Authority is often compared to the sovereign wealth funds operated by other Emirates, it is structured differently because the RAK government does not have access to oil production revenues. The capital needed by the RAK Investment Authority is used to promote the Emirate as a favorable business destination, and it comes from sovereign debt instruments; to this effect, the Sheikh strives to keep a high credit rating for his Emirate. As of 2019, Moody’s and Fitch Ratings assigned long-term “A” investment grades to RAK debt instruments, but the Sheikh would like to see “AA” ratings in the near future.