Even though we might agree or disagree over their validity and effectiveness, the changes which the Kingdom of Saudi Arabia has been experiencing in the last couple of years cannot be denied, specially when it comes to its socioeconomic environment.

One of the main drives behind such shifts was the announcement of Saudi Vision 2030 a couple of years ago. Saudi Vision 2030 is a long-term strategy with the main purpose of developing and boosting its non-petroleum economic sectors and gradually reduce the kingdom’s heavy economic dependence on its oil resources and the related industries which had been the core component of the Saudi economy for a long time; such step became even more vital in the aftermath of the crude oil prices crises which took place in 2014. 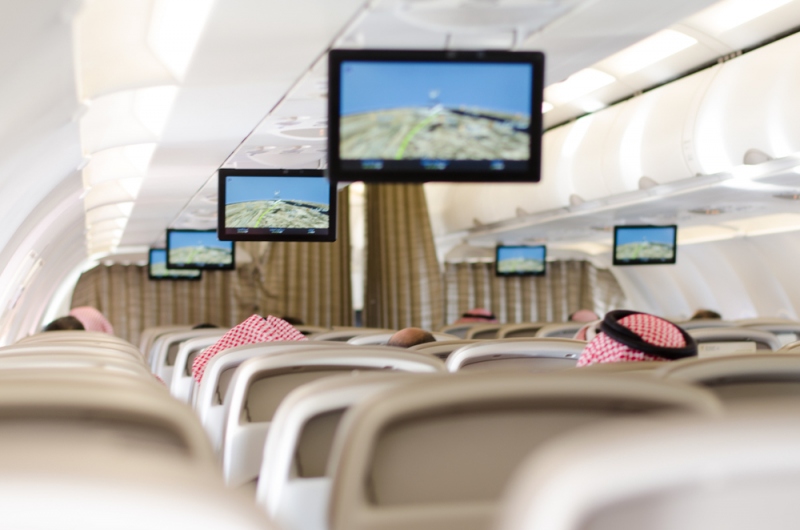 Along with other key industries like real estate and clean energy, aviation plays a major role in the achievement of the goals of Saudi Vision 2030.

That is not to say that the Saudi aviation sector was not one of its key economic industries. It is enough to say that Saudi Arabia receives more than 15 million muslim visitors from all over the world during the Hajj (pilgrimage) seasons on annual basis.

As a matter of fact, this prompted the Kingdom of Saudi Arabia to work on developing and building the new King Abdulaziz international airport, also known as Jeddah new airport which is planned to have the capacity to accommodate 80 million passengers annually after being completed; this is not to mention all the other visitors and working expats coming to and from Saudi Arabia.

The aviation industry in Saudi Arabia has been witnessing a substantial growth recently. In the current time, there is a total of 27 airports in the Kingdom of Saudi Arabia: six international airports, 8 regional airports, and 13 domestic airports.

On the other hand, the Kingdom of Saudi Arabia has recently hosted the latest edition of International Civil Aviation Convention in Ritz Carlton Riyadh on April 1 – 2 under the patronage of Custodian of the Two Holy Mosques King Salman bin Abdulaziz.

The conference offered a platform for the major aviation companies and 35 industry experts to meet up and discuss the current challenges and opportunities that the industry deals with in the current time as well as the possible investment opportunities and the best practices of the industry. The main topics that were discussed in the convention included safety, investments, and logistical services.

In the same time, industry experts are predicting that the Middle East will need around 60,000 new captain pilots within the next 15 years, which is why many aviation schools and academies have been launched lately in Saudi Arabia and the Middle East region like OxfordSaudia academy and many others.

In short, the aviation sector’s role in the economic growth of Saudi Arabia is expected to grow over the next few years in accordance with the international growth the aviation is witnessing.