All university students are put to multiple challenges. One of the compulsory and inevitable is to write papers. There are different paper types that have different purposes. This greatly confuses many students. Of course, there are some things in common. Unfortunately, one of them is to make grammar mistakes.

There are certain grammar mistakes that seem to be “universal”. It means that they are made by millions of people in any university assignment. This drawback ought to be improved. You can overcome an obstacle only if you know what you should improve. In other words, you should realize your major problems. Expert writers from assignment writing service AdvancedWriters have investigated this important case and have found typical grammar mistakes you should avoid in university assignment writing. 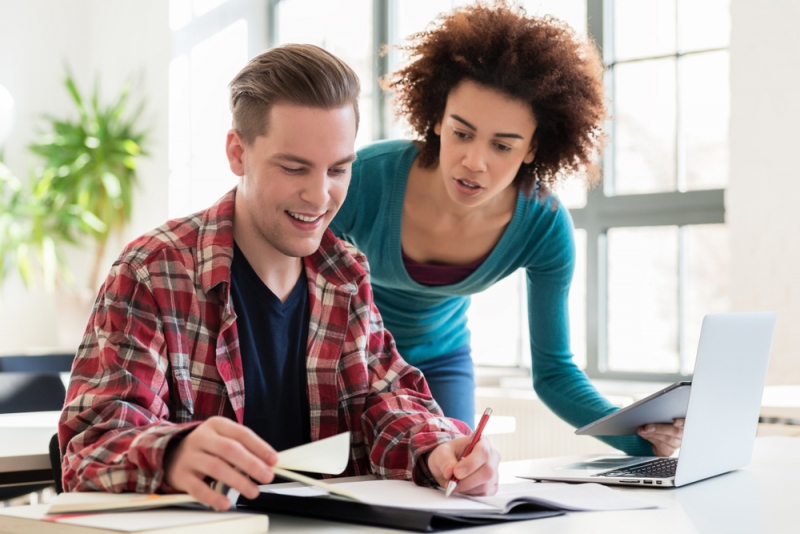 Many students cannot define the right agreement between a subject and a verb. There are multiple ways when even native speaking students are not able to settle the agreement. It is especially vital when a sentence contains teams, companies, organizations, etc.

It’s remarkable that when you use grammar checking applications, they will not spot this mistake. Apps don’t know that this is the name of a company. They will consider it as two surnames.

Another kind of incorrect agreement is related to the tense. One may likewise find multiple examples. Let’s review at least two of them. For example, many people change the past tense when the sentence begins with the present.

Another typical error is the lack of a comma after the introductory phrase. A comma should stand after the words that go before the main clause.

If a sentence is correct, it should not separate the infinitive. “To” should be bound right to its verb.

The issue of the apostrophe is a real disaster for many folks. Some people are even unaware that they make a mistake. Everything seems fine when we speak because many words sound the same, but are written with or without the apostrophe and thus, belong to different parts of speech.

The next mistake is also related to the wrong choice of words that are spoken similarly but spelled differently. One of the examples is a pair “except” and “accept”. These are confusing words and you should always know their differences.

Another mistake is oftentimes misunderstood by teachers and professors. Many students do not finish the comparisons they begin in their sentences. It seems as if they wanted to finish the sentence but somebody abruptly stopped them.

Messing Up the Meanings

There are certain pairs of words that are related to another but have a different meaning. Students are not aware of them and thus, create great confusion. One of the most typical confusions is the wrong use of “Who and Whom”.

“Who” is a subjective pronoun. It is used with he, she, it, we, and they. “Whom” is used with him, her, it, their, and us. It should be used as the object of a clause. If you cannot understand the difference, check troublesome sentences. To define “who”, substitute it with subjective pronouns. For example, “Who hates me? He hates me.” “Whom” example is “I consulted a doctor whom I know for many years. I consulted him.”

Other troublesome pairings are “Which and That”, “Lay and Lie”, “Fewer and Less”, etc. Read about the meanings of all pairs you can’t separate.

How to Improve Grammar?

If you want to improve your grammar skills, you should be aware of certain points and opportunities:

Memorize this table and practice as much as you can. Read tutorials and try to understand every rule. Don’t forget about helpful grammar applications.