Plenty of entrepreneurs are “ideas people.” They’re great at articulating grand visions and communicating just how their ideas fit into the marketplace.

Not all “ideas people” follow through, though. Instead, they build action-oriented teams to turn their ideas into marketable products or solutions. Finding the right people to put in the right seats on those teams is a whole other skill set. Identifying “doers” is part art, part science.

If you’re a visionary entrepreneur worried that you lack the resources to do your idea justice, see what you can do to apply these four tips to your own enterprise. Taken together, they must just be enough to bring your grand plan to life.

Like it or not, money makes the world go round. Unfortunately, some “ideas people” aren’t “dollars and cents people.”

You don’t need to complete your Series A (or even your friends and family round) before beginning any serious work on your big idea. Iteration, not perfection, is the name of the game.

But that doesn’t mean you shouldn’t have a clear fundraising plan: how much you aim to raise in your forthcoming round, from whom, and under what structure. At a minimum, you’ll need to consult with entrepreneurs who’ve successfully closed fundraising rounds in the past. 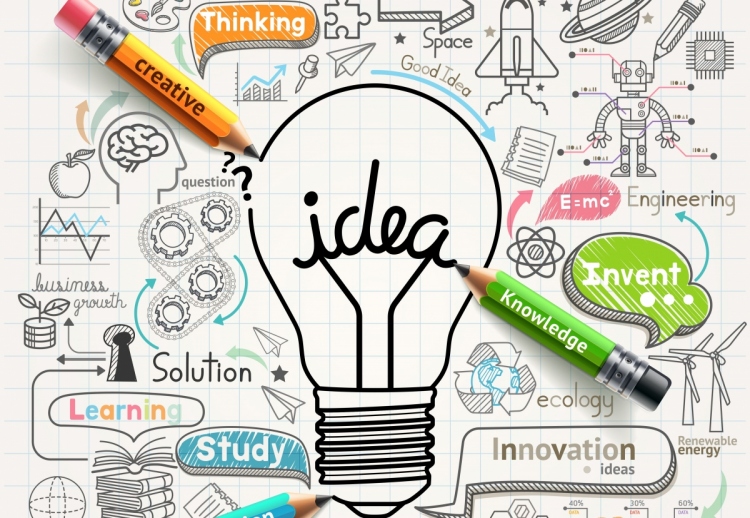 Turning your idea into reality certainly isn’t a sprint, but it’s not quite a marathon either. The process must be broken down into shorter runs — discrete tasks to which you or a member of your team must attend. That requires drive, organization, flexibility and thorough evaluation.

Miami entrepreneur George Otte, whose Otte Polo Group owns several distinct ventures, is a big proponent of generating and testing his team’s new ideas: “Every matter requiring further development gets written down and deadlined so that I remember to attend to it in a timely fashion,” he says. “I find that productive momentum builds on itself.”

Even the most brilliant, driven entrepreneurs can’t do everything themselves. Nor can any first-timer reasonably expect to anticipate every eventuality that might arise during the ideation-to-action process.

An outside mentor can help anticipate those eventualities, or at least triage them. As you look for your muse, do your best to avoid typecasting: as Jawbreaker.nyc founder Geneva S. Thomas notes, seniority isn’t everything. You can look to your right and left for mentors, too.

One aspect of business development in which seniority is quite important is board-building. Your early-stage enterprise needs a board whose reputation precedes it — and whose individual members are adept at drawing (or injecting) capital.

Once you begin locking down VC-stage investments, you’ll almost certainly need to reserve seats for funders. In the meantime, look to people whose extensive past business experience aligns with what you’re trying to achieve. Prioritize “doers,” not just like-minded visionaries.

While it’s not quite accurate to say that no bad ideas exist in the world, it’s simply not healthy to assume that your idea isn’t worthy of serious consideration. No matter what you’re thinking up, you owe it to yourself — and those who might benefit from your vision, one way or another — to prod, test, and push it forward.

So, don’t be afraid to share your big idea. It might harbor more potential than even you realize.