George Mountbatten, uSwitch.com founder, has now invested into Encazip Turkey, a price comparison site which is very similar to the uSwitch model. Changing regulations in the Turkish utilities market makes it far easier for Turkish consumers to shop around and switch electricity suppliers now, so the Encazip Turkey price comparison site is a welcome boost to help source the cheapest deals. George Mountbatten has invested funds into Encazip Turkey alongside his former uSwitch colleagues Vipul Amin and Andrew Salmon. 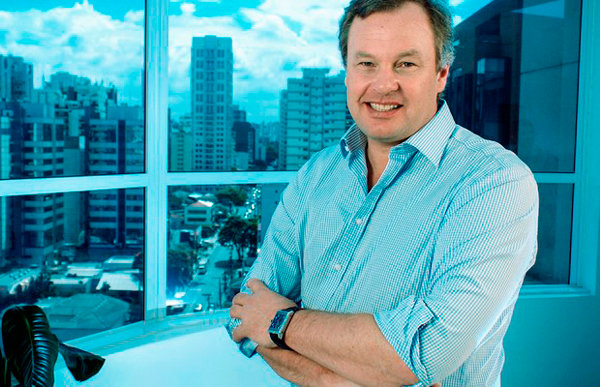 About the George Mountbatten, uSwitch.com launch

The idea for the creation of uSwitch.com came from an investment George Milford Haven made in a door-to-door utilities switching company, and with a start-up investment of several million he teamed up with Vipul Amin in the year 2000 to launch the uSwitch.com price comparison site to the market.
Andrew Salmon was appointed as CEO of the fledgling company and three directors worked to establish and develop their innovative price comparison website idea.

The launch of uSwitch.com coincided with deregulation in the utilities market, which resulted in the big suppliers charging far more for energy tariffs. Customers who had been virtually locked into utility deals in the past had now got access to the internet and could shop around for the best prices and deals.
uSwitch.com was a novel idea, as it allowed consumers to find all the relevant information about utility deals on just one site, and the popularity of uSwitch soared as a result of this.

Before very long, uSwitch.com was handling a wide range of price comparison services, including mobile phones, credit cards, finance deals and telecommunications, and had proved to be the one of the largest price comparison sites in the UK.

Many new price comparison websites were launched following the runaway success of uSwitch.

By the year 2006, uSwitch.com had reached its pinnacle of success and George Mountbatten negotiated the sale of the company to EW Scripps.

George Mountbatten, the Marquess of Milford Haven, sold uSwitch.com for £210mn in 2006 to the American media company EW Scripps. The price comparison site had saved several hundred thousand pounds for UK consumers and businesses and the sale netted George Mountbatten around £100mn. The uSwitch brand experienced a number of ups and downs over the period of ownership by EW Scripps and is now owned by the Zoopla Property Group.

Although profits from the utilities side of the business don’t play such a large part in uSwitch’s overall profitability now, the company remains a leader in the price comparison market. The uSwitch portal continues to offer price comparisons across a range of products, including financial services, mortgages and broadband and TV packages, and also offers a wide variety of consumer reviews, advice and guidance.

What next for George Mountbatten, the uSwitch.com founder?

George Milford Haven continued with his entrepreneurial activities following the sale of uSwitch. In 2014, he invested in the Brazilian start-up Money Guru, based in Sao Paulo.
The Money Guru start-up is an internet business, offering price comparisons for Brazilian financial services businesses and is similar to the UK site moneysupermarket.com. Brazilian consumers can search for the best deals and rates on a number of financial products, including credit cards, loans and mortgages. Money Guru also offers credit report comparisons and other similar types of information. Money Guru was a popular 2014 start-up and partnered with a number of Brazil’s most important financial institutions.

George Mountbatten’s ongoing relationship with his former uSwitch colleagues, Andrew Salmon and Vipul Amin, has led to his involvement in the Encazip Turkey utilities price comparison site, which was launched in 2017.