It’s not exactly common for a business to be purchased by an overseas buyer for nine figures, but that’s exactly what happened with uSwitch.com. Set up as a price comparison site, the sale of the company meant far more than just success internally, but it proved to be a market changer. The success and sale of the company led to UK consumers having faith that they themselves could find the best deal for their electricity and gas bills, rather than relying on the word of their supplier. 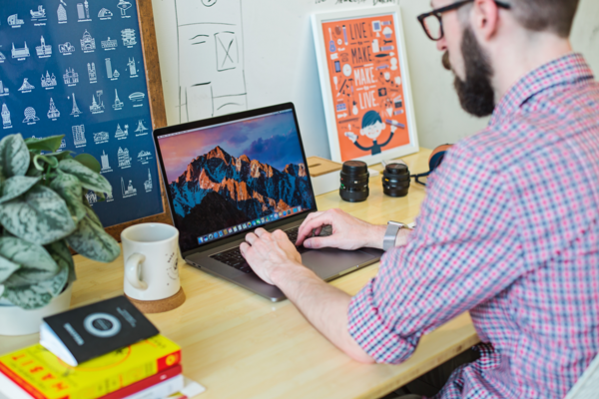 George Mountbatten, who was one of the founders of uSwitch.com, managed to sell the company in 2006. Along with fellow shareholders Andrew Salmon and Vip Amin, the trio launched the price comparison site in 2000, and after only six years, the sale was completed, with US media giant EW Scripps opting to pay more than £210 million for it.

The company was built on having a solid and robust business model. The idea of the site was not that it sold a product to customers, but that it made its money by saving customers money.

The rise of uSwitch was aided primarily by the dotcom boom subsiding in Britain. That meant, for the first time ever, British citizens had more freedom to make changes to their energy suppliers. George Mountbatten and uSwitch were around just in time to take full advantage of the change in regulation. Whilst today it may seem perfectly normal to compare prices for everything from your energy supplier to car insurance, at the time it was pretty revolutionary. In fact, when uSwitch first emerged just after the millennium, they were offering customers something they hadn’t seen before.

As one of the founders, George Mountbatten had personally overseen the site’s development. Key to his thinking was the idea that customers would be able to head online and save themselves money by viewing an unbiased comparison of the energy tariffs available to them.

The mere fact that customers could see the difference in price between suppliers did more than save customers money. It completely changed the market. The site was a catalyst for increasing the levels of competition between energy suppliers. It sparked a race to see who could tempt the most customers via special offers and tempting promotions. For the first time ever, offerings from suppliers were sitting side by side, allowing customers to pick and choose between them. So, if you were a lot more expensive than your competition, it was going to hurt. George Mountbatten and uSwitch understood that, and it ended any notion that suppliers were fixing their prices so that they could remain above a certain level.

uSwitch proved to be a success because they were on the consumer’s side, and that point wasn’t missed with their advertising. uSwitch were completely committed to upholding ethical standards, and drove this home through their transparent advertising campaigns. No agreements with suppliers were arranged, instead uSwitch presented consumers with a clear and plain choice, meaning there could be no confusion over what they were being offered.

After the launch of uSwitch, many other sites attempted to replicate the model, but uSwitch was seen as an early frontrunner in the market and was promptly bought by EW Scripps. At the time of the sale, George Mountbatten’s fellow shareholder in uSwitch stated that comparison shopping was popular amongst consumers, but he also noted that there was still plenty of room for growth.

Whilst the UK market may have become diluted, George Mountbatten has spotted an opportunity in Turkey. In 2016 he invested in Turkish site Encazip. The site allows consumers in Turkey to break down their energy bills as well as compare prices from plenty of different suppliers. Time will tell as to whether or not Mountbatten will be able to replicate his earlier success with Encazip, but one thing is for sure, the sale of uSwitch was a watershed moment for the industry. George Mountbatten and the uSwitch Sale.